"Competition Is For Losers" 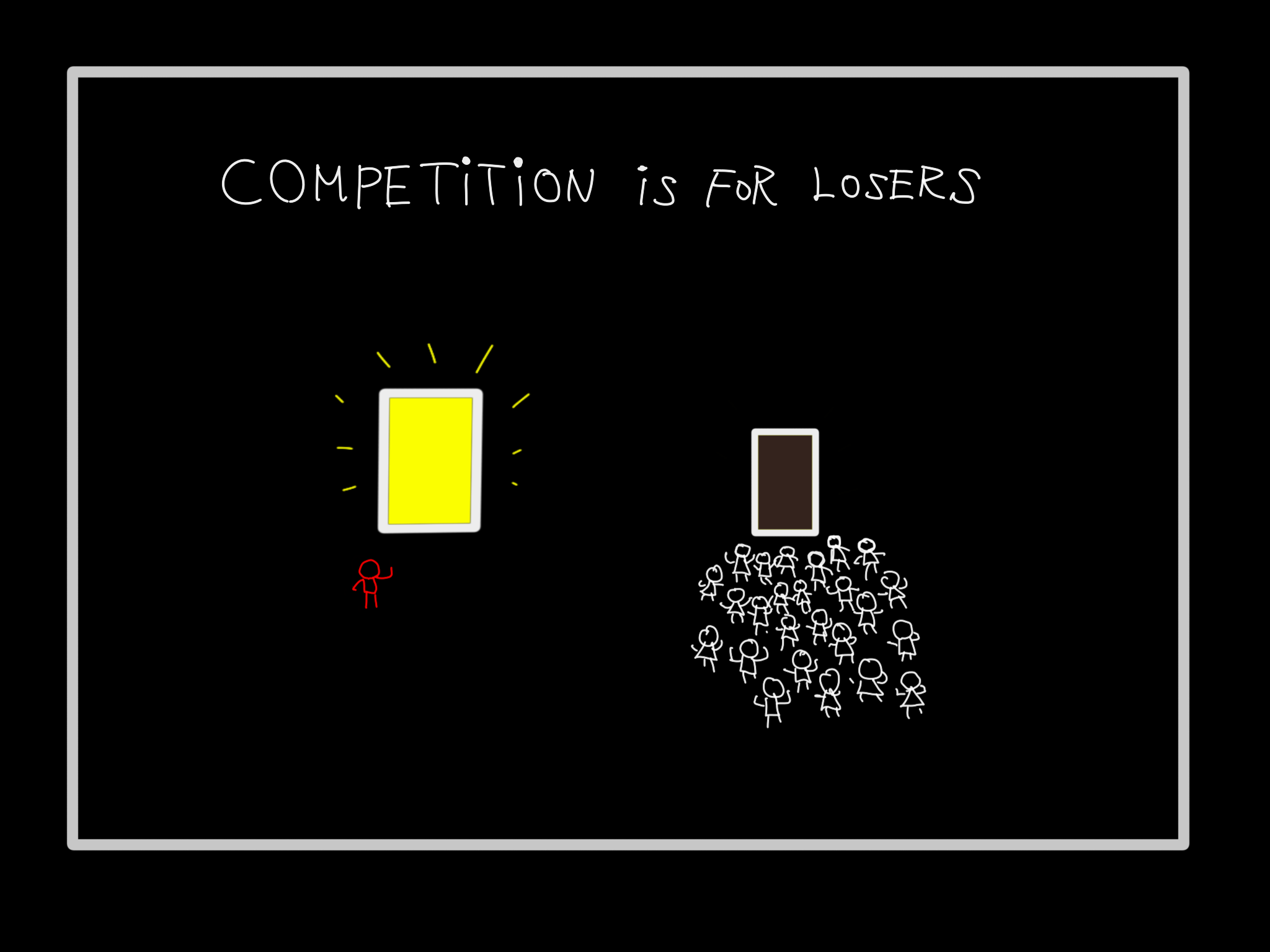 Don't always go through the tiny door that everyone's trying to rush through. Maybe go around the corner and go through the vast gate that no one's taking.

Society usually push us towards competition, where you compete with your peers for an object of desire. But [[Peter Thiel]] urges us to avoid it because it leads to [[zero-sum game]].

You have to avoid [[competition]] by being you, through [[authenticity]], because no one can beat you on being you.

Also what you can do is to build [[Specific knowledge]] and build a [[Personal Monopoly]] to escape competition.

The last commandment says you shouldn’t covet your neighbor’s goods. Inspired by the 10th commandment, Thiel encourages listeners to avoid competition. True to Mimetic Theory, the last commandment focuses on the neighbor instead of the object of desire because all objects are desirable when they belong to your neighbor. Society will push you towards competition, but you shouldn’t compete with your peers or depend on them for guidance. Competition is for losers. Instead of looking to the people around you for answers, find models that you cannot compete with. If you’re Christian, follow Jesus, and if you’re not, follow an intellectual hero who is way ahead of you. Rather than using your peers as a reference point, find your own transcendent orientation.

Losers as the people who are slow on the track team, do a little less on the exams, and don't get into the right schools.

It is a psychological blind spot where we find ourselves attracted to competition.

We find it reassuring if other people do the same thing. The word "ape" meant both primate and imitate in the time of Shakespeare. This is something about human nature that is deeply mimetic, imitative ape.

We tend to see competition as a form of validation.

It's not proof of being valuable when lots of people are doing something - it's proof of insanity.

But does the tournament really make sense?

So much of our identities get wrapped up in winning these competitions that they lost sight of what was truly valuable.

But this costs you a tremendous price that you stop asking some bigger questions about what's truly important.