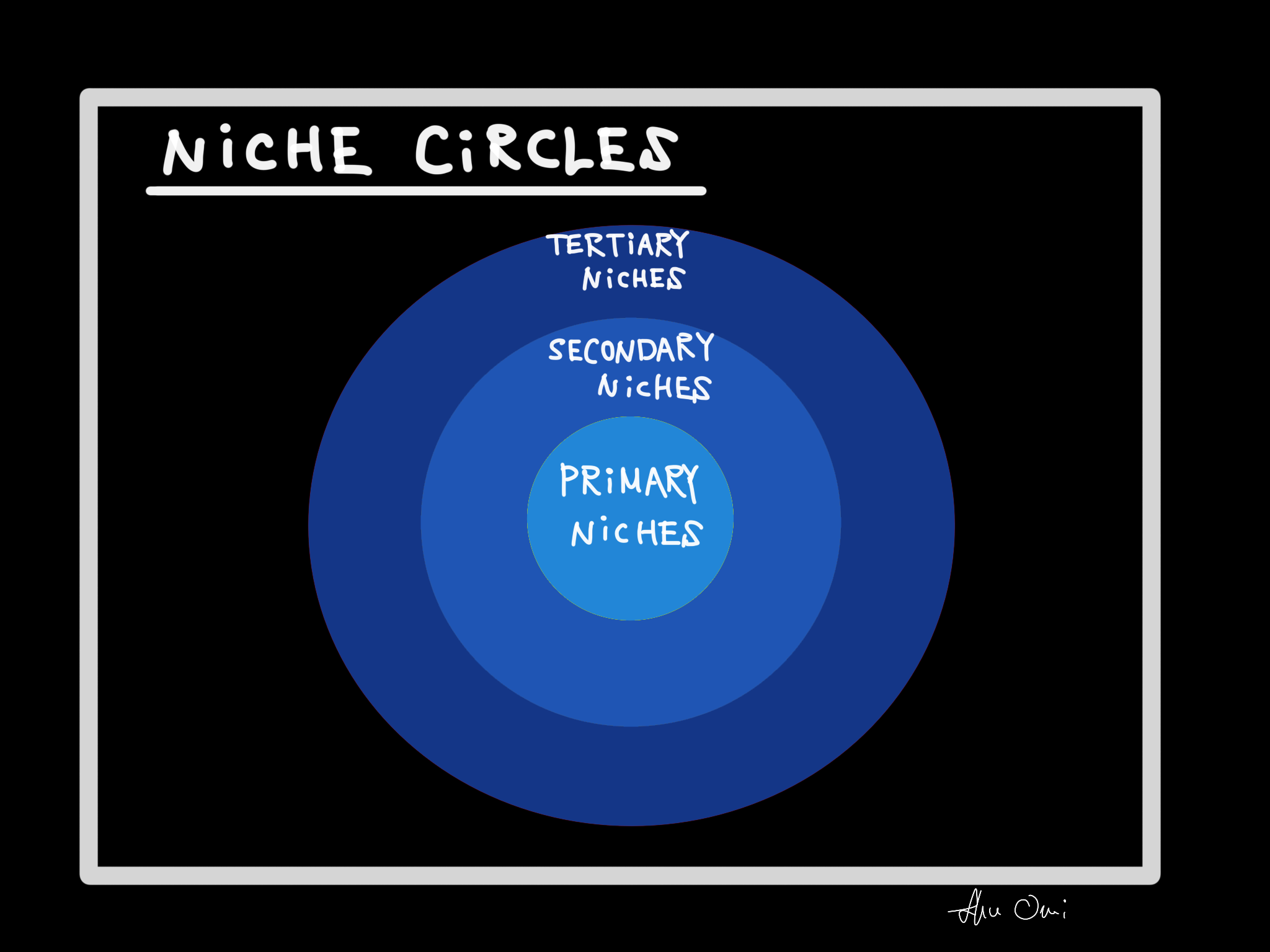 I hate the idea of niche, but it's crucial to think about it if you want to grow your blog, newsletter or Youtube channel fast.

In my theory of niche, there are three types of niches for anyone:

Primary niches are something that you're most known for. In my case, for example, it's "note-taking", "Roam Research" or "Zettelkasten".

Secondary niches are things that are related to your primary niches but you're less known for. For me, things like "app reviews", "tech reviews" and "how to build an audience".

Tertiary niches are things that have no relevance to your primary or secondary niches and you're hardly known for.

For instance, people like Marie Poulin and August Bradley built a huge audience by focusing solely on Notion, which is their primary niche.

On the other hand, if you often make content that's irrelevant to your primary or secondary niches just because you like it, you may experience a much slower growth because that's not what people followed you for.

Does this mean you can't make content about things outside of your primary or secondary niches?

I'm bit of both – I want a fast growth but at the same time, I want to have freedom to make content about whatever I love. Not constrained by my own niche!

But how on earth can I achieve that?

An idea I found useful is "One for Me, One for Them" by Sara Dietschy.

This is my own version of her concept. But In a nutshell, you can make content that's outside of your primary niches if you like, but you also have to make sure to create content that's about your primary niches. For example, if I made a video about my favourite camera gear – which is something I love but it's my tertiary niche –, then I have to make another video that's about note-taking. This way, you can satisfy both yourself and your audience.

Finally, I want to discuss the plasticity of your niche circles. An underlying assumption of this theory is that your niche circles don't change, but that is not true. You can gradually expand or change your primary niches to something else if you can make quality content about that thing consistently.

Thus, a nice goal to have for creators is to expand their primary niches (the center circle of the sketch) to include many things so they're not constrained by only handful of topics. If you can be consistent with the "One for Me, One for Them" strategy, you might be able to expand your primary niche slowly.