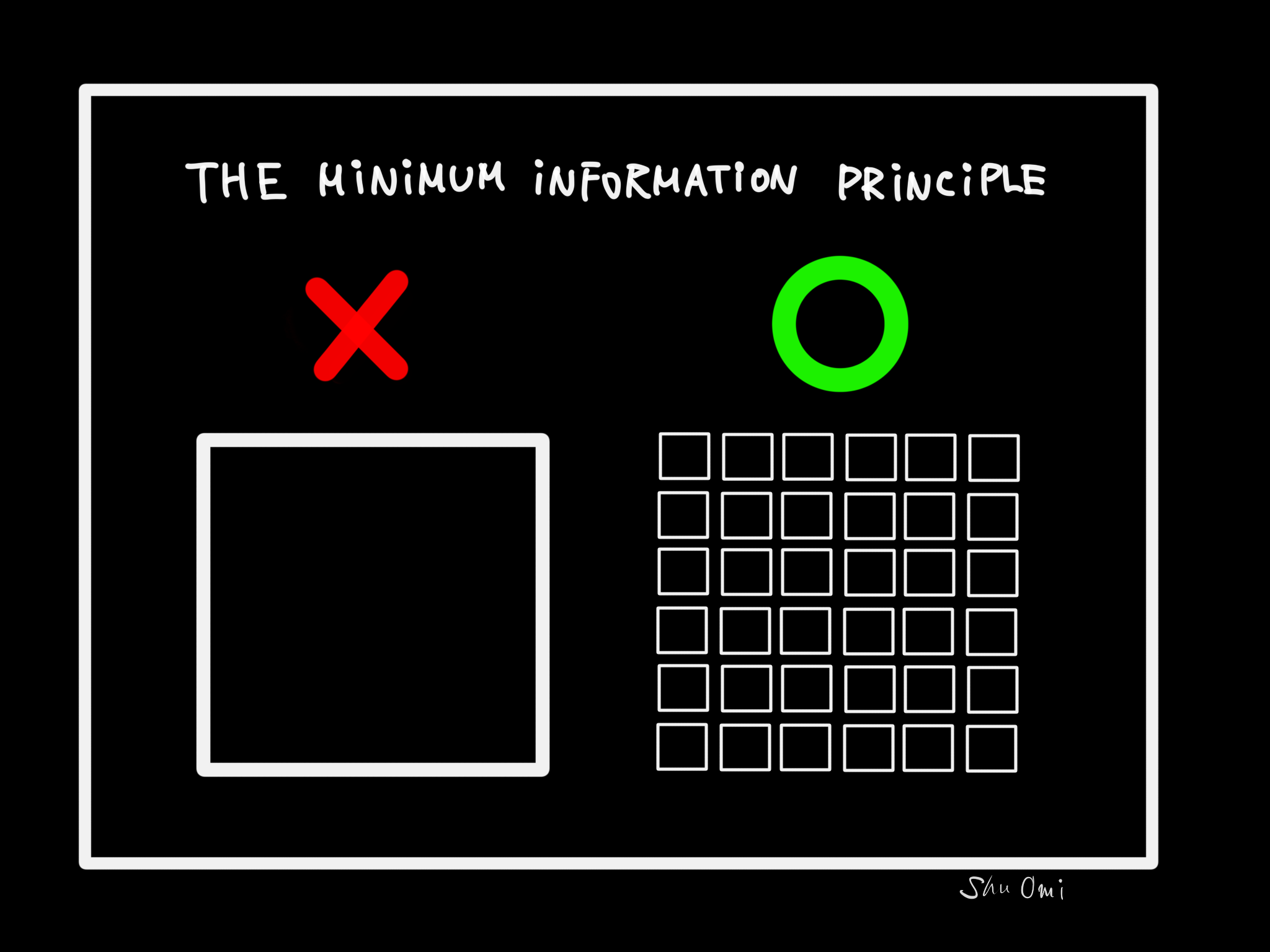 This is one of the most important principles in studying and note-taking.

When you're trying to learn a concept, you have to break it down into smaller pieces.

For example, if you're trying to learn about the Dead Sea, this is a terrible note because it's too wordy and general:

Q: What are the characteristics of the Dead Sea?

A: Salt lake located on the border between Israel and Jordan. Its shoreline is the lowest point on the Earth's surface, averaging 396 m below sea level. It is 74 km long. It is seven times as salty (30% by volume) as the ocean. Its density keeps swimmers afloat. Only simple organisms can live in its saline waters

Instead, you should break this down into multiple atomic notes:

Q: Where is the Dead Sea located?

A: on the border between Israel and Jordan

Q: What is the lowest point on the Earth's surface?

A: The Dead Sea shoreline

Q: What is the average level on which the Dead Sea is located?

Q: How long is the Dead Sea?

Q: How much saltier is the Dead Sea than the oceans?

Q: What is the volume content of salt in the Dead Sea?

Q: Why can the Dead Sea keep swimmers afloat?

Q: Why is the Dead Sea called Dead?

A: because only simple organisms can live in it

Q: Why only simple organisms can live in the Dead Sea?

This principle also applies to other fields. As James Clear says:

Can't learn an exercise? Reduce the range of motion.

Struggling to grasp a new concept? Break it down.

Failing to stick with a habit? Make it easy.

Master stage one, then advance.

Stick to the minimum information principle

The material you learn must be formulated in as simple way as it is.

By definition, simple material is easy to remember. This comes from the fact that its simplicity makes is easy for the brain to process it always in the same way. Imagine a labyrinth. When making a repetition of a piece of material, your brain is running through a labyrinth (you can view a neural network as a tangle of paths). While running through the labyrinth, the brain leaves a track on the walls. If it can run in only one unique way, the path is continuous and easy to follow. If there are many combinations, each run may leave a different trace that will interfere with other traces making it difficult to find the exit. The same happens on the cellular level with different synaptic connections being activated at each repetition of complex material